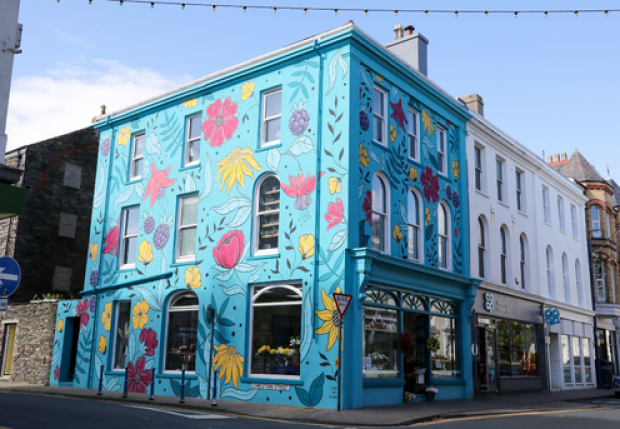 Regeneration in Ramsey is blooming after a mural of Manx wild flowers was painted on two walls of a building in the town centre.

The exterior of 73 Parliament Street is now ablaze with colour thanks to the vision of owners David and Ciara Kilgallon and funding support from the Department for Enterprise’s Town and Village Regeneration Scheme, Isle of Man Arts Council and the local community.

Ciara said: ‘David and I love Ramsey. We feel it has so much potential and wanted to play our part in the town’s regeneration by revitalising our building, which dates from around the 1880s. We would never have been able to self-fund a project of this scale so we’re very grateful to the Department for Enterprise, the Arts Council, Millichap’s and the people of Ramsey for their support.’

Ciara, who is involved in the island’s performing arts scene and has previously worked with a number of local artists, said the idea of the mural took shape during the two years of lockdowns. ‘Then restrictions were lifted and Parliament Street started to come alive again. 73 Parliament Street is on the corner with Christian Street and I hadn’t realised just how busy the crossroads were, so I could see there was a great opportunity to brighten up what’s a landmark site in the town.

‘We went for wildflowers because we felt it was a “gentle” design scheme that wasn’t likely to offend. The design’s also a nod to Manx poet Josephine Kermode - “Cushag” - who was born in Parliament Street in 1852 and is known for having had an important role in the flowering of Manx culture.

‘Because the building was such a massive canvas, we wanted an artist with previous experience of painting murals who could do justice to it. Karolina Pawloska had created murals in Port St Mary and Castletown and we were delighted with the design scheme she came up with.’

The project was not without its challenges. The Victorian building’s transformation required more than just Karolina’s artistic skills, explained Ciara. ‘It’s an old Victorian building and we wanted to preserve it as best we could, so worked hard to retain the building’s “spirit”.

‘What’s been really great is that creating the mural became a community project. David and I were doing a lot of the repair and preparation work ourselves before the mural could get started. People would come up to us and not only say what a great idea it was but also pitch in and lend a hand as the scheme progressed, often with all of us working around Karolina. We even had a painting based on the building dropped off in our porch.’

Ciara, who is full of praise for Ramsey Town Commissioners’ support of artists who have decorated shelters along Mooragh Promenade with themes celebrating the town’s marine and sporting heritage, hopes that 73 Parliament Street will serve as a catalyst to breathe new life into other buildings in the street. ‘Ramsey’s known for its independent shops, so wouldn’t it be great if now number 73 has been “lit up” it could pave the way for all the other buildings in the street to be given facelifts and add to the town’s unique qualities?

‘I hope 73 Parliament Street doesn’t become a standalone one-off project, so if anyone should be thinking about a similar project to ours, we’d be happy to help. And wouldn’t it be great if art were to inspire more art and that one day there could be a Ramsey festival of murals?’

The Department for Enterprise’s Town & Village Regeneration Scheme offers financial assistance to businesses and local authorities who would like to improve the appearance of commercial premises and create civic amenity projects within the Island’s towns and villages. Click here to find out more.

Content of this article was first produced by Isle of Man Newspapers. 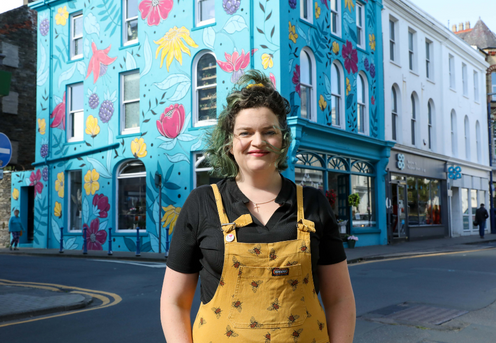 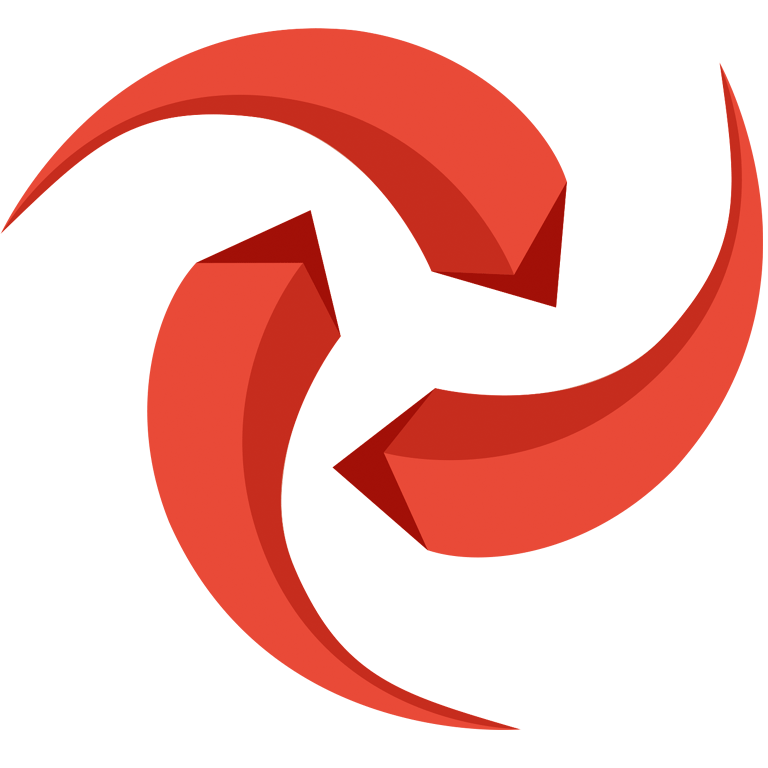