Andy Skillen, the man behind the lens, recently graduated from the Micro Business Grant Scheme, receiving funding and support to get his business off the ground.

In a nut shell, ‘A Skillen Creative Designer’ provides creative solutions for businesses; from brand strategy to broadcast motion graphics & film and video production. He spoke to us about his journey, his experience of the scheme and some of the biggest challenges he faced along the way.

Support from the Scheme

I found the Micro Business Grant Scheme through my close friend Dario who also used the scheme to get his business of the ground. The level of support was amazing. Starting a business is an overwhelming task for most, never mind those of us who have done everything in our power to avoid using the non-creative right side of the brain! The course helped me to engage with the business side of running a creative agency and helped me ask the right questions moving forward. Although the funding was really helpful, it pales in comparison to the value of the advice received from the course delivered by Ian Moncrief-Scott of Information Management Solutions Limited, and my business mentor. The application itself was a smooth process; although hard to find in the beginning, once I was in the right place it was really easy!

A gap in the market

With the Island not currently having a professional studio to work for, I decided to start my own design / creative strategy / motion practice. I was confident with my experience in the industry that I could make it work but expected to have to reach out to the UK and the rest of the world for a sustainable amount of work. Within a few months it became clear that the demand for high end, professional design and motion work on the island was much bigger than I anticipated. In the two and a half years of running the business I’d say 90% of the work I’ve done has been for local clients.

Leaving full-time employment was a huge decision, however the effect it’s had on me mentally has been the most rewarding part of going out on my own. I felt a huge weight was lifted from me once I removed myself from the hierarchical structure of full-time employment, being treated as an expert, rather than an order taker.

The Isle of Man

For me the Isle of Man is and always will be my home. I spent a few years living in London, which was amazing, but it never felt like home. My time spent in London was crucial in building my skills and knowledge, but I always knew I’d end up back on the Island.

The biggest challenge I’ve faced is one that I think any new business owner struggles with and that’s the “work / life balance”. Running a small business like this really does require everything you’ve got to throw at it, in the beginning if I wasn’t sat in front of a computer or looking through a camera, I was preparing invoices, sorting my accounts or meeting new clients. And when the rare moments came around that I wasn’t doing any of the above, I was talking, or at least thinking about the business.

I don’t know if I have, or ever will overcome this challenge, or even if I ever want to. No matter what I’m doing I’ll always find inspiration for my work, even if I’m sat watching films or if I’m out riding my bike, subconsciously I’ll be working towards my next idea. 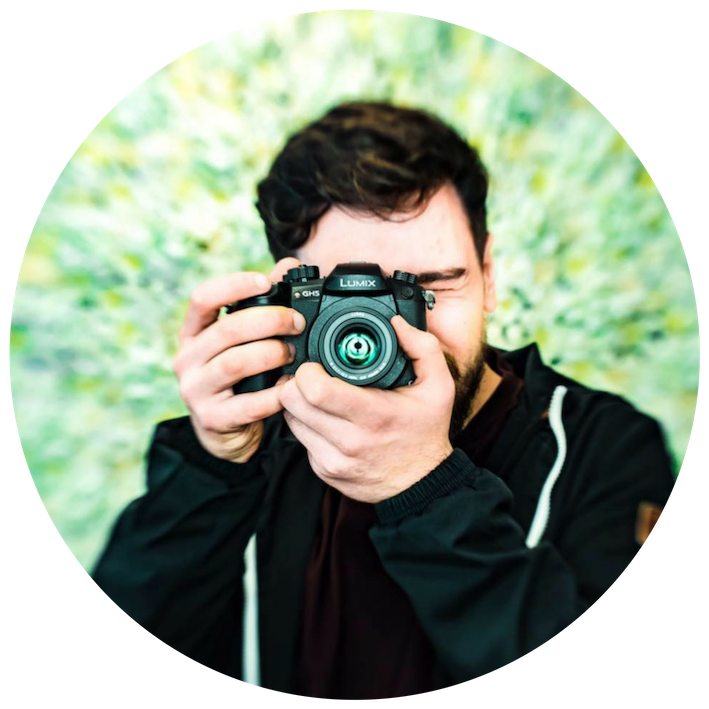