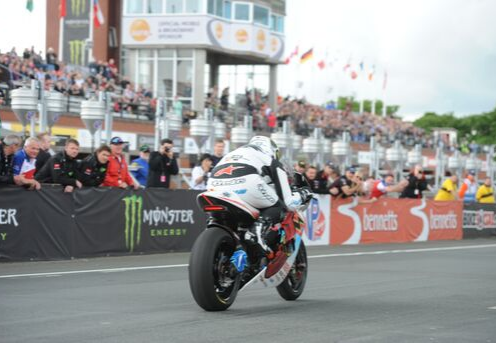 The Department for Enterprise’s annual visitor survey for the TT Races has revealed a 4% increase on the estimated number of visitors in 2018, the highest figure since the survey began in 2010.

‘While it is always fantastic to see visitor numbers increase for the TT Races, what is particularly interesting this year is the volume of people who have previously visited the TT – almost two thirds. This figure shows the enduring popularity of the event and the need to invest in new features and developments to sustain this continued interest. This should also include consideration of all-weather entertainment and year round attractions.

‘The survey also points to the fact that around a third of visitors are here for the first time, showing the potential market for attracting new and diverse audiences to this internationally renowned event.

‘I would also add that the growth of the TT is founded on extensive local support and unwavering volunteers. The Isle of Man truly shows its welcoming attitude and collaborative spirit in making the event safe and successful. I would like to offer my sincere thanks to all of the organisers, marshals, volunteers, business, and local people who offer their time and support to both the TT and the Festival of Motorcycling.’

The key findings of the 2019 survey were: