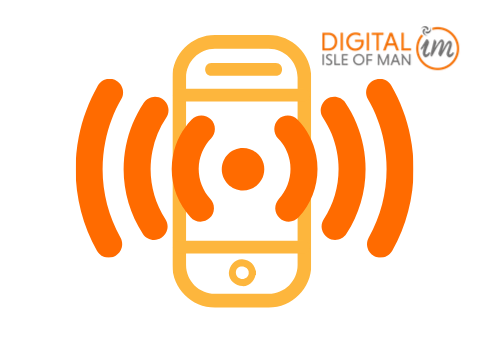 In October 2018 Tynwald unanimously approved the National Telecoms Strategy which was developed and written by the Department for Enterprise.  This strategy provided a framework whereby the Island could continue to develop and implement telecoms infrastructure which meets the needs of both business and residents alike.   The Island is well served by multiple communications providers offering 100% broadband coverage, 4g mobile networks, fixed wireless access networks and by the end of the year nearly 25% of homes will have ultrafast fibre broadband available to them.  These new networks have so far been implemented without the intervention of government.

However, the strategy identified that if we want to continue this trend and extend these new high speed services to every business and resident on the Island we need to accelerate the implementation of the fibre rollout.  This will potentially need government support and intervention to reach the areas of the Island which might otherwise be geographically difficult to reach and be commercially unviable.   Countries around the world are developing government backed plans to implement new fibre networks across whole communities and the Island is no different.

Tynwald, through its full endorsement of the National Telecommunications Strategy, has committed to ensuring that the Isle of Man has an advanced telecoms offering that put us on a par with some of the most advanced connected countries in the world.   With this in mind the Department for Enterprise has committed permanent recourse to support the continued development of policy and strategy for telecommunications and data infrastructure through the Digital Agency.

The National Strategy looked at how some of the more successful nations, such as Singapore and the Nordic countries achieved their high rankings in global broadband speed league tables.  Tynwald’s main outcome of a highly connected infrastructure available to all will need action in a number of areas including the delivery of a National Broadband Plan.

The Island by its very nature is physically separated from other global communication networks.  It therefore requires the use of undersea cables to provide telecommunication connectivity.

Nearly 99% of international data is transmitted by undersea cable networks.  These undersea networks stretch for hundreds of thousands of miles around the globe.  Subsea cables are under the constant threat of disruption from ships anchors, fishing boat trawling, development of offshore renewables and shifting of the seabed during natural disasters.   In November 2016 a ships anchor severed three of the four cables supplying services to the Island of Jersey.   This event left Jersey with just one viable connection into France and internet services were impacted for a number of weeks before repairs could be commissioned.   In 2012, within the span of a month, two separate shipping incidents severed cables linking East Africa to the Middle East and Europe causing major telecommunications outages in at least nine countries.  Given the levels of shipping and fishing in the Irish Sea it is a risk we should take seriously.  The Island is fortunate in that it currently has five subsea cables connecting it to the UK and Ireland.  These cables provide international connectivity to data based services, internet and voice traffic.

Given the importance of increasing data capacity and ensuring resilience, the National Strategy set out plans to safeguard and further enhance the Island’s data connectivity.

Connectivity to global markets through these undersea cables is critical to the success of the Island.  High growth businesses place great importance on the quality of the off-island connectivity and they are unlikely to locate where international connectivity risk is perceived to be high.

Plans to bring new undersea infrastructure to the Island are well underway.  Aqua Comms, a specialist in building undersea fibre networks, is currently laying new infrastructure connecting the UK to Ireland, USA and the Nordic countries.   This new infrastructure will pass close to the Isle of Man and, subject to obtaining the relevant approvals, could provide two new points of connection.  The proposed development will provide the Island with new connectivity options to the UK, Europe and the USA and if agreed it could be live as soon as April next year.

Many jurisdictions see modern, adaptive and agile regulation and legislation as a key enabler in encouraging market confidence, innovation and investment.   The OECD recognise that positive regulatory effects rely on regulators becoming fully responsive to changes in the economic, social and technical conditions which surround them.      Telecom services are a key economic input for the majority of businesses on the Island and regulation must strike a balance between ensuring competition and fostering investment in new infrastructure.   The national strategy identified that the telecoms regulator would be best placed in ensuring this difficult balance was achieved.

A perfect example of this is the new guidance for the advertising of broadband speeds in the Isle of Man.  The Communications Commission and the Office of Fair Trading have jointly prepared new guidelines controlling how advertised broadband speeds are interpreted.  Consultation on these guidelines finished in August and will be released shortly.

The DfE has been also been working alongside the Cabinet Office to support the modernisation of the current Permitted Development Order legislation.  The new order went out for public consultation in August and elicited a wide and varied number of responses.  The legislation is structured in such a way that makes it much clearer, for both licensed operators and the public, the types of telecommunications infrastructure which are acceptable without the need for formal planning approval and those that require it.   Both the Chief Ministers Committee report on telecoms infrastructure, received by Tynwald in April 2018, and the National Telecoms Strategy identified that reform in this area was needed to enable the installation and maintenance of high quality telecoms infrastructure as a driver for sustainable economic growth.

The implementation of high speed broadband is a problem currently being tackled by every developed and many developing countries around the world with varying degrees of success.  It is well understood that that high quality, high speed communications are a strong enabler for economic growth and social inclusion.  They provide a key conduit of modern society – communication, entertainment, learning and health.

Since Tynwald approved the National Telecommunications Strategy in October the Department has been working up plans to support an Island wide fibre rollout programme with a preferred licenced operator on the Island.

In his budget speech on the 19th February 2019 the Treasury Minister Mr Cannan announced that he would set aside funding to help finance the rollout of fibre in areas of the Island that would be otherwise commercially unviable.

The Digital Agency will announce a tender exercise to determine the Governments partner of choice to deliver the National Broadband Plan in the following weeks.  This process will determine the true cost of accelerating the rollout of fibre broadband to the whole Island.   It has been a lengthy, technical and complex process in the development of a tender pack which supports the aspirations of Tynwald and is fit for purpose.

With all this in mind, it is clear the Digital Agency has a busy year ahead as it continues to develop and deliver the Island’s national telecoms strategy.  The government has committed to giving telecommunications clear ownership and fully supports the evolution of the sector.