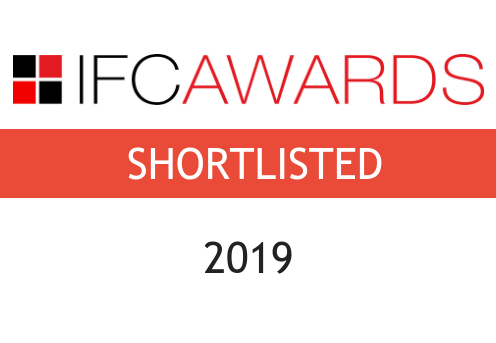 Several Isle of Man based businesses and outstanding individuals have also been shortlisted for awards, highlighting the strength and quality of the Island’s thriving finance sector and the high calibre of its financial services providers.

The shortlisting for this prestigious award is recognition of the Isle of Man’s recent reinvention from an offshore finance centre to a well regulated international business centre consisting of 21 sectors, all of which are underpinned by finance and professional services, supported by robust regulation and innovative frameworks such as the Alternative Banking Regime (ABR), which resulted in a new Class 1(3) banking licence being granted to Investec Bank (Channel Islands) Limited (IBCI) earlier this year.

“The Isle of Man has a strong and stable banking sector that has successfully adapted to changes in the global industry landscape. This has been evidenced by the fact that we have recently granted a licence to Investec Bank (Channel Islands) Limited under the Alternative Banking Regime which is testament to our commitment to further attract and nurture banking operations. Investec Bank (Channel Islands) Limited became the first bank Representative Office licenced and authorised for business in the Isle of Man and the first bank to set up a presence on the Island in over 20 years.’’

The Department for Enterprise’s continued commitment to strengthen and develop the Island’s entrepreneurial ecosystem has seen the addition of the Barclays Eagle Lab on Victoria Street, Douglas, continued support and investment in Isle of Man businesses from the Bridge Angel Network and the successful completion of the Department’s flagship start-up/business/networking event ISLEXPO’s three-year ‘START, GROW, LOCATE’ narrative.

With a focus on innovation, imaginative adaptation and customer driven products, the new Finance Isle of Man Executive Agency has been created to cultivate real public/private partnerships with industry in order to grow businesses, create jobs and increase opportunities for the Island.

‘’The Isle of Man Government’s move to a finance agency model (www.financeisleofman.im) is a well prepared and thought out strategic initiative that will ensure a strong forward looking private/public sector partnership. This partnership will perform a key role as the primary conduit between Government and industry and will look to ensure that the Island’s financial and professional services sectors continue to thrive and diversify.”

The Citywealth International Finance Centre Awards were established 8 years ago to highlight the excellence of advisors and managers in the private wealth sector across all the major international financial centres. The awards recognise excellence in achievement, expertise, service and innovation.

The judging process includes careful consideration by an international panel of highly respected judges and industry practitioners from all private wealth sectors, covering all of the jurisdictions, combined with an additional online vote which is open to the public and industry peers.

Voting will close on 1 December 2018 and the Citywealth International Finance Centre Awards ceremony will take place at the Rosewood London Hotel on 23 January 2019.

If you haven’t done so already, please take a few minutes of your time to show your support for the Isle of Man and other Isle of Man based award nominees by voting here.

You can find out more about the Citywealth International Finance Centre Awards here and Finance Isle of Man here.