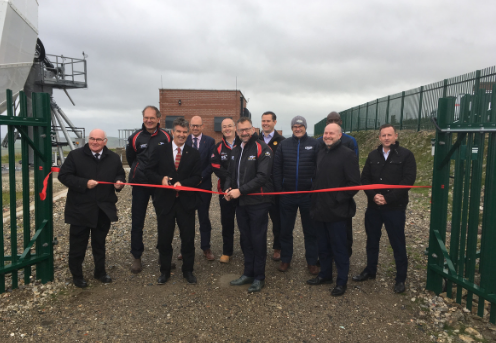 The Department for Enterprise has welcomed the opening of a new teleport by world-leading satellite operator SES in the Isle of Man.

‘I welcome the investment by SES in the new teleport which will significantly enhance the Island’s status as a burgeoning media cluster and will provide further reassurance to potential investors in the technology sector that the Island’s infrastructure is well-placed to support a wide range of digital media and telecommunications activities.’

The Teleport is situated on the outskirts of Douglas and has the capability to support up to four nine meter antennas, a fully backed-up power and telecommunications infrastructure, a control centre and connectivity to satellites in space and, via Sure’s fibre network, into SES’ global network. This connectivity allows the teleport to transport corporate data, voice or broadcast video to fixed and mobile locations around the globe.

‘Since SES was established in the Isle of Man back in 2004, we have had a very positive and supportive relationship with the Isle of Man Government. In addition to being able to use this state-of-the-art teleport to provide services for SES’ own satellite fleet, we will be using the site to support the broadcast of the annual International Isle of Man TT motorcycle races and other events.’

The multi-million-pound facility was developed with the assistance of local telecoms firm Sure, with Stewart Clague Services commissioned to help with the design, installation, construction and maintenance of the purpose-built teleport.