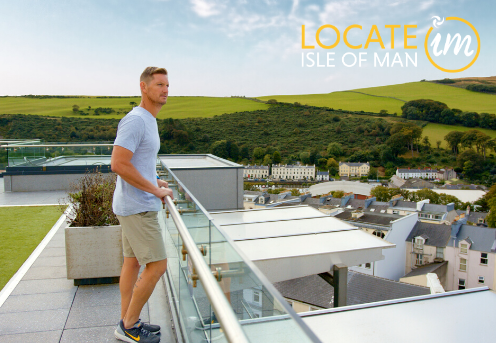 Locate Isle of Man, part of the Department for Enterprise, has launched three new promotional films to highlight the benefits of living and working in the Isle of Man using first-hand experience of those who have moved to the Island.

The videos have been created as part of a skilled worker promotional campaign and will support the Department for Enterprise’s work toward increasing the Island’s economically active population, which is a commitment made in the Programme for Government.

‘Locate Isle of Man has created these videos as an engaging and informative communication tool to share with both individuals looking to relocate and those considering re-entering the Island’s workforce. We hope that they will be shared by both our local community and the Manx Diaspora around the world, as well as businesses who are actively recruiting off Island. The sentiment of each film highlights the Island’s diverse and healthy economy and the benefits of living, working and doing business in the Isle of Man.’

‘Increasing the economically active population directly and positively impacts our Island by enabling our businesses to grow and support the wider economy. Attracting, retaining and enabling new skills and talents within our workforce will ensure we have the services and facilities in place to continue our Island’s success.’

The videos feature three relocatees who value the Island as a destination for the development of their careers and the quality of life the Island offers. The first of the three videos is focused on Michael Wells, an IT Manager at Derivco Isle of Man who moved to the Island with his family one year ago from South Africa. The second features Pippa Lovell, Founder and Head Chef at Versa IOM, a local foraging restaurant located at the Foraging Vintners site in Port Erin. Pippa recently won the San Pellegrino Social Responsibility Award for her environmental awareness as a chef. The third provides a case study of Vanina Finocchi, a Radiologist at Noble’s hospital who relocated to the Island from Rome, Italy.

All three films, which were shot by Douglas based videographer, Glenn Whorrall, are now available on the locate.im website here and will also be shared on Locate Isle of Man’s social media and wider communication platforms, campaigns and advertising.